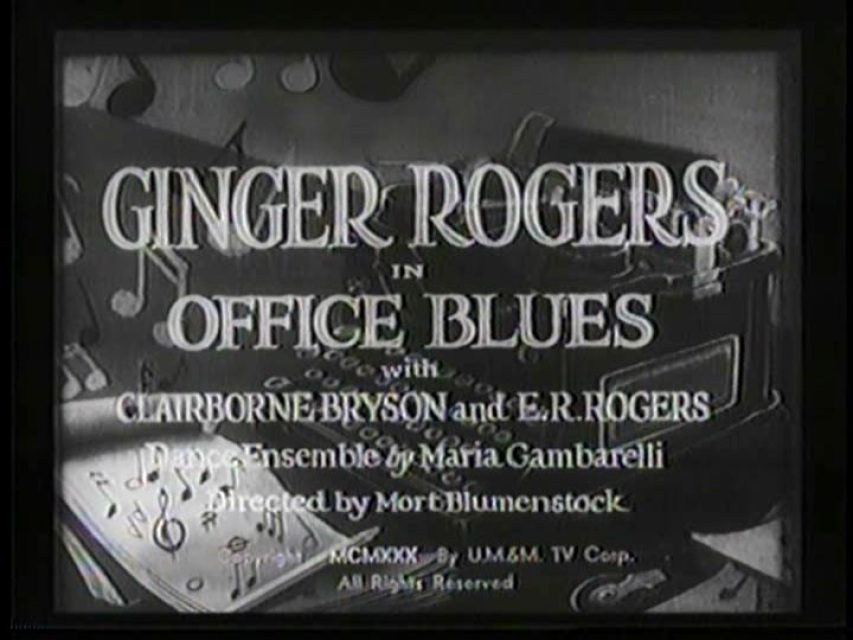 In this second volume of Kino on Video's four-part tribute to the Paramount musical shorts, some of the greatest names in jazz are presented in some of their earliest filmed performances. Black and Tan Fantasy features Duke Ellington and his orchestra imparting a bluesy mood to a surprisingly downbeat tale featuring actress-dancer Fredi Washington (Imitation of Life). Three other musical legends are captured in top form: Artie Shaw presents a master class in the elementals of swing band construction (Artie Shaw's Class in Swing), Fats Waller growls a definitive Ain't Misbehavin' and in Hi-De-Ho, Cab Calloway demonstrates just what scat is all about, with the assistance of a bevy of Cotton Club fan dancers. Bending the definition of jazz, a very young Bing Crosby croons three ballads in Dream House, a comedy musical directed by slapstick impresario Mack Sennett. Perhaps the gem of this edition, however, is Office Blues, in which a pre-Astaire and pre-stardom Ginger Rogers cavorts with Broadway chorines in an Art Deco extravaganza. Also includes Rogers and Hart in Makers of Melody. With artists like these on the bill, it's clear that the short subject--not the feature--was often the highlight of the program!
Add to Cart