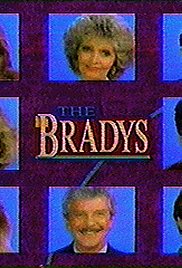 SKU:
$18.98
$18.98
Unavailable
per item
For 5.00 More add a case and art work to your DVD purchase
DVD will play worldwide.
If you would like a download instead of the DVD In Note to seller write Download.
If your requesting a DVD No download will be sent.
Downloads are the same price as the DVD.
Store link Below to add a case & art work We don't do disc art for the Dvd.
https://www.truetvmovies.net/store/p4964/Case_%26_Art_Work_to_be_added_to_your_Dvd.html
Commercials are in this film.

Included in this set is
Start Your Engines/Here We Grow Again
Bobby - now a professional race car driver - enters the Nashville 500 but is seriously injured in a crash. The result has him paralyzed from the waist down and confined to a wheelchair. Bobby appreciates the support of his family but worries whether his fiancé, Tracy Wagner, will accept him and his disability. Tracy accepts very well, and by episode's end, the two are married in a ceremony inside the Brady living room. Greg considers changing specialties so he can help Bobby, but he later decides to stick with obstetrics. Subplots involve Marcia's husband, Wally ...


A Moving Experience
Mike and Carol learn that their neighborhood lies directly in the path of a proposed freeway and that their home will be razed. Their attempt to dispute the decision with the highway commission fails, so they ponder moving to a new house. Just then, grandson Mickey talks about moving the house, which gives the Brady patriarch an idea. Also: Cindy becomes more serious with her boss, Gary, but worries whether this April-September relationship will fly.

Hat in the Ring
Mike declares his candidacy for City Council, but winds up fighting a blackmail attempt by his opponent's campaign manager. In the end, Mike wins the election.

Bottom's Up
Everything seems to be going well for the Bradys: Jan has taken over management of her father's architectural firm; Wally is serving as Mike's right-hand man; Cindy may have a job promotion; and each of the Brady boys are busy with their jobs. Marcia feels left out and - when she is unable to get any job interviews - wallows in self-pity. When her parents' advice doesn't pan out this time, Marcia finds the only thing she can turn to is the bottle. Which she does ... repeatedly. In a drunken haze, she winds up embarrassing Mike at a press conference. A few days later, ...
The Party Girls
To support their family, Wally and Marcia decide to open their own catering business called The Party Girls, and invite Nora and Tracy to be their partners. Meanwhile, Greg and Peter begin feuding when their schedules keep conflicting. Their differences are resolved only when Peter chokes on some food at one of The Party Girls' first events. Greg uses CPR to save Peter's life.
Add to Cart